Extending the grazing season is good for herd health and is cost effective. But it is difficult to do in the winter when very few grasses are growing. University of Kentucky College of Agriculture researchers are studying the effects of cattle grazing wheat that will later be harvested for grain.

“In the cattle business, we say any day grazing is a good day, and beef cattle wintering costs are so high,” said Roy Burris, UK extension beef specialist. “If cattle can graze the wheat, it will be good for the cattle and good for producers’ pocketbooks.”

Burris has seen producers of both commodities in other states graze cattle on wheat in the winter and believes Kentucky producers can do it. Kentucky producers have used wheat in their grazing systems as a feed source in the fall and early spring. He asked UK soil extension specialist Edwin Ritchey to help him conduct the study.

Ritchey and Burris conducted a preliminary trial during the winter of 2011-2012. Cattle grazed on 19 acres of wheat from Dec. 12 to March 16 at the UK Research and Education Center. The researchers also had a two-acre, tall fescue pasture adjacent to the wheat field so the cattle could be moved during the weekends and during wet weather to prevent compaction and yield damage. They removed cattle from the field in February to help maintain grain yields.

The results from the preliminary study were promising. The average daily gain of the 24 young beef heifers was nearly 1 pound per day. Using the current cattle prices, the researchers estimated they made $140 per acre. The wheat yield decreased by 7 bushels per acre compared to a non-grazed area, which is estimated to be a $50 per acre loss. When these two numbers are considered, researchers estimate they made $90 per acre. They also did not feed any hay to these cattle.

“We weren’t trying to maximize weight gain, just get the cattle to gain enough weight so they would breed efficiently,” Burris said. “Cost of gain should be less on pasture compared to dry lot feeding.”

Researchers planted double-crop soybeans after the wheat harvest. The soybeans did not have any measurable yield loss, which means soil compaction caused by grazing cattle may have been minimal.

“We feel like this is a very good option for small- to medium-sized grain producers that are also running cattle,” Ritchey said. “It probably won’t work for the larger grain farmers who have already pushed all their fences out to maximize production.”

“Ideally, the wheat should be 6 to 8 inches tall before you turn the cattle in,” Ritchey said. “You also have to make sure they don’t graze it into the ground. Compaction is also an issue. In Kentucky, we tend to have wet winters, and you don’t want the animals to compact the soil. Therefore, you need another pasture where the cattle can still graze when the weather is wet and sloppy.”

He added producers also need a water source to make this system work.

The researchers are replicating the study this winter. Half of this year’s herd will graze the wheat throughout the season while the other half will be removed from the field prior to the wheat jointing. This will allow researchers to see if and how much the cattle hurt grain yields. They will fence off cattle from a portion of the field so a yield comparison can be made. 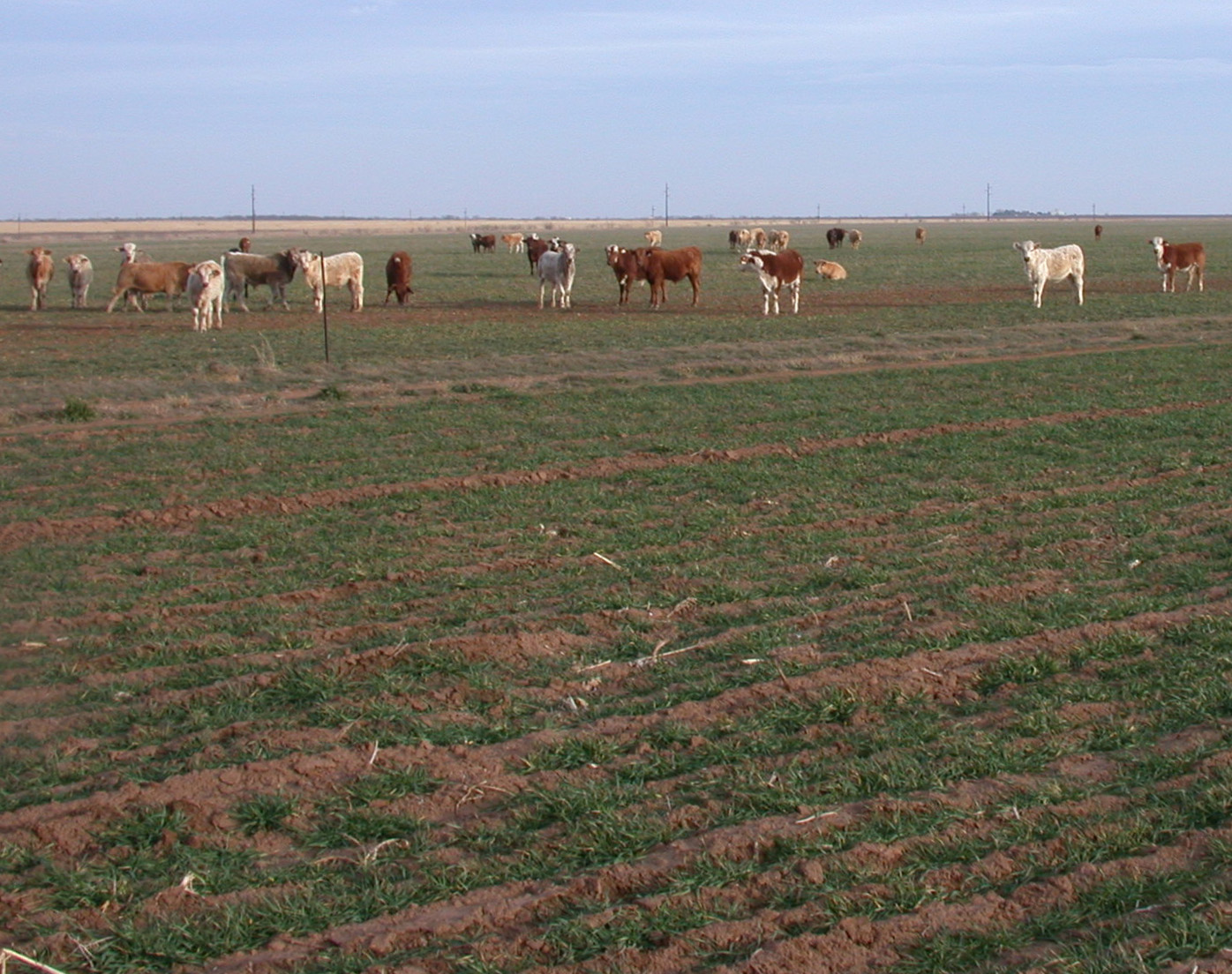